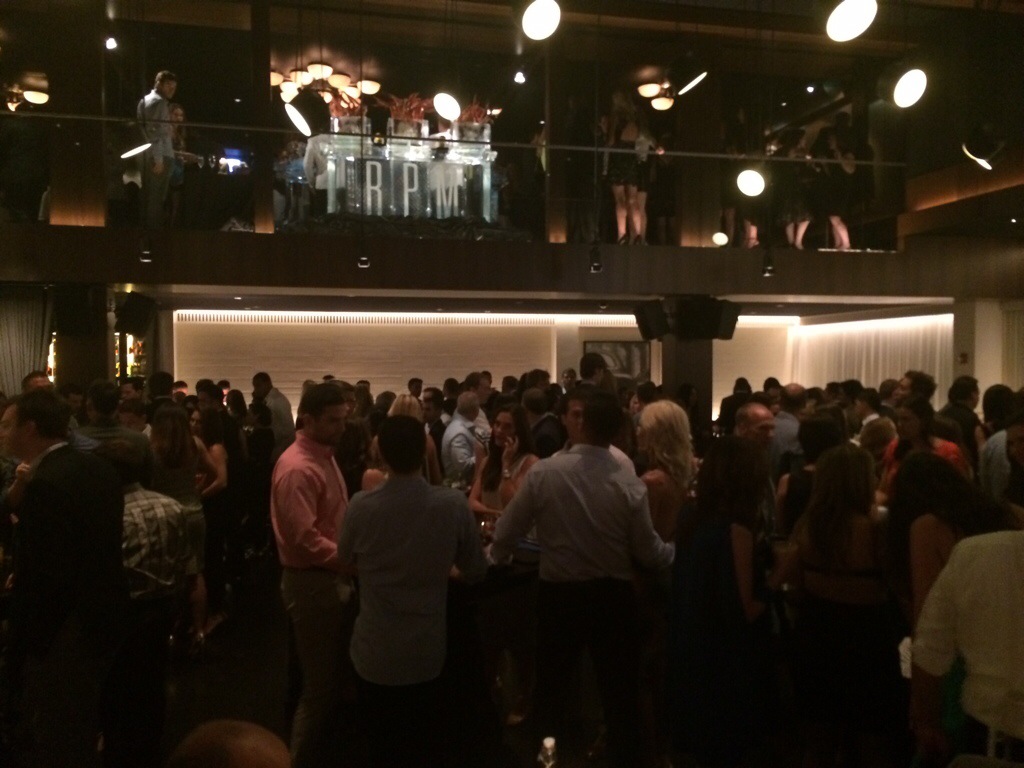 There are some plans I have to remind my husband of multiple times…attending the Opening Party for RPM Steak was not one of them. From the second we were invited, August 9th at 7pm was top of mind- I would imagine it had something to do with visions of steak and manhattans dancing in his head.

The new space at 60 W. Kinzie is beautiful. Huge and airy with the same sleekness RPM Italian has but toned down to highlight what’s clearly the star of the show: the steak. Chef Psaltis was on hand serving up quite the spread and while I first congratulated him on the gorgeous new restaurant, Ryan went back and congratulated him on the steak. He was wildly impressed with everything from the ribeye to the lamb chops to the skirt steak.

Me? Glass of champagne in hand, I was happy as could be…and then I made my way upstairs to what will be the private dining space and found lobster and oysters perched atop a bar made entirely of ice. Jack.pot.

It was such a fun, almost interactive date night. We walked around, sampled the food, ran into some people we hadn’t seen in ages, caught up on our weeks. There’s no official opening date announced yet but a waiter told us that Bill Rancic (partial owner) told them 10 days so get ready to snag a reso- I know we can’t wait to try RPM Steak in full.