I remember sitting at Les Deux Magot 10 years ago at a table outside tucked in a corner. It was cold, Spring just hitting Paris, and I was finishing “A Moveable Feast.” I read a lot of Hemingway and Fitzgerald while backpacking after my study abroad was over so going to one of their old haunts was one of the first things I did after getting off the train at Gare du Nord. I treated myself to a cup of coffee so I could sit at that tiny table as long as I wanted; I was 20 years old and even though I was coming off of what I see now as an incredibly ballsy time period in my life, I remember sitting in that cafe entirely caught up in “Would I make the right decisions in college, what should I do for my career, where should I live, do I really like my friends, would I fall in love again?” Basically, would everything be okay? Would I be able to do it, whatever “it” was?

I was back at that same cafe a few weeks ago. The sun was shining, the benefit of Summer spilling into Fall, and I was passing by after spending several hours in a cooking class. I treated myself to a glass of champagne so I could sit at that tiny table as long as I wanted. I watched the bubbles rise and burst and when I entertained some new questions floating through my mind, I thought…

Yes, everything will be okay.

Yes, you will be able to do it.

In the past 10 years, each of those questions were answered in one way or another. A decision is the right one simply based on the fact that you made it and everything absolutely works out even if it doesn’t because you are strong enough, smart enough, capable enough to move toward what is next. Turning 30 didn’t really mean anything to me, I had no list of 30 things I learned, but sitting in the sun on the sidewalk at Les Deux Magot remembering so viscerally who I was the last time I was there made me realize that the difference in the last 10 years is that I have learned that win, lose or draw, I’ve got this. It’s going to be okay, it is already okay, you’ve got this.

And you know what else? That independent, ballsy girl was still there on that patio. Coffee or champagne, some things never change. 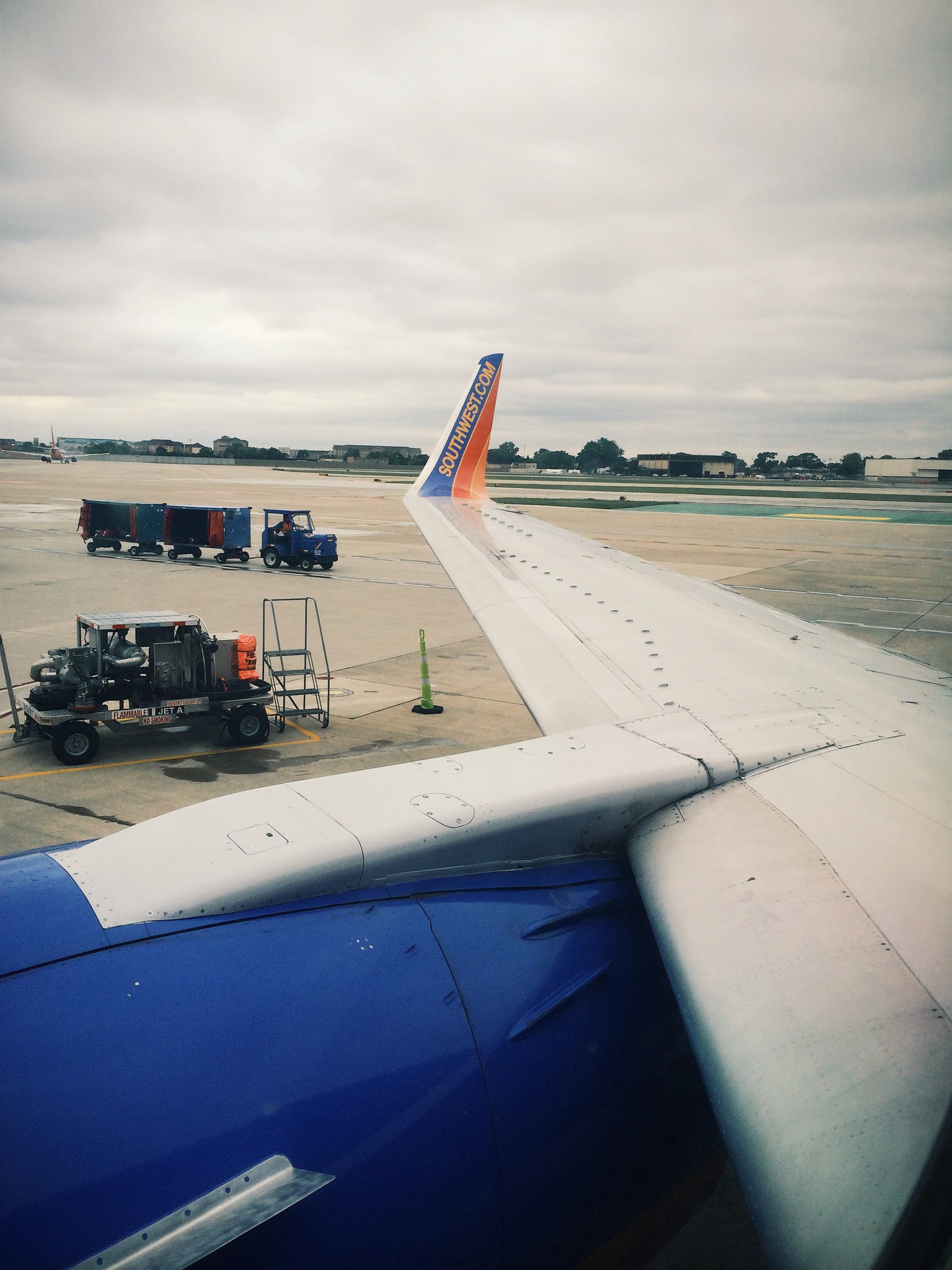 I have primarily been flying out of O’Hare for work the last few months so while this might be old news, I was thrilled this morning to find that Midway now has mobile boarding passes AND Intelligentsia Coffee (that fake Starbucks Potbelly used to sell was gross). Adding to that? A yoga room is going in! Midway, you flirt.

I boarded next to a mom and little girl who was taking her first flight. She was so excited and dying to get a window seat. My mom always made air travel such a big deal and fun thing and now that it’s a part of my job, seeing that little girl reminded me that it is truly a modern miracle- I am sitting in a chair that is going to be in the sky. I get it, little girl in 6A. I get it. 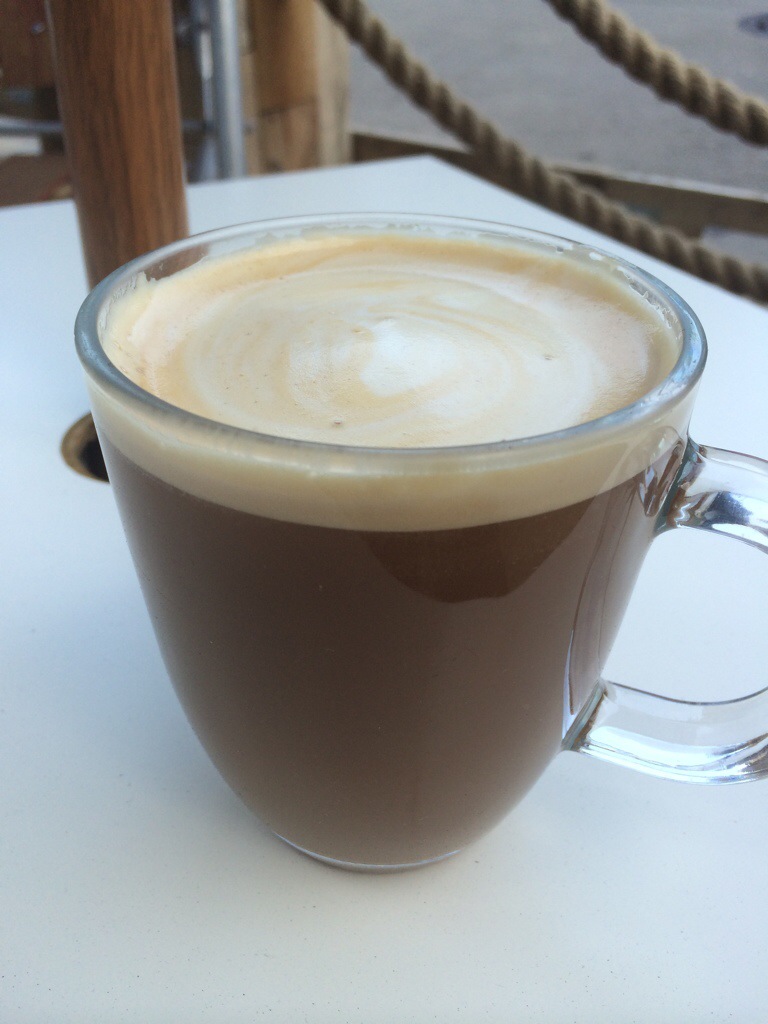 My coffee consumption is typically pretty utilitarian- I grab a cup from Starbucks to go before I start my work day or for a walk and on weekends, we use our Nespresso. But today I needed an afternoon pick-me-up and instead of finding the nearest ‘bux, I ducked into BowTruss and ordered a pourover…not to go. In a glass mug. And took a call while sitting on their little patio. It was so lovely and the opposite of utilitarian- it was enjoyable.

I don’t claim to be a coffee expert but in the spirit of great local coffee houses, here are a few of my favorites that I am going to make a point to hit up more. Anything to add to my list- please comment!

The Coffee Studio: 5628 N. Clark| the space is what does it for me here- it’s a must stay, must sit, must create/connect/cappuccino kind of place.

Buzz: Killer Espresso: 1644 N. Damen| Really great lattes and their staff wants to teach you about how they do what they do while they do it. Cool.

Cafe Tola: 3612 N. Southport| I don’t know if this counts as a coffee shop but I love their spicy mocha, cold brew and they have empanadas. And sprinkle donuts. And this is my list and I get to say what goes on it. Oh and there’s this ledge against a painted wall for you to balance your coffee & donut/empanada on that I get a kick out of. 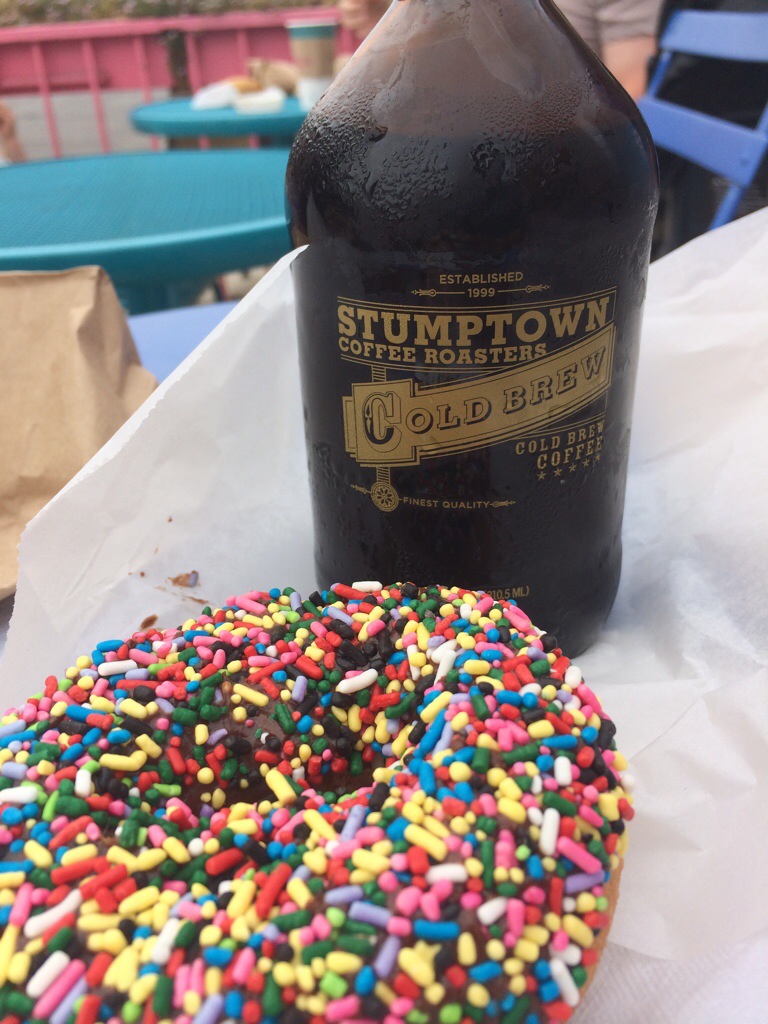 This Friday is heaven. 36 hours in Florida: 1 torrential downpour, 1 walk on the beach, 3 hours floating in the pool, 2 meals cooked on the grill, 2 sleeps in the biggest King bed in the world and I’m back on a plane. While Ryan and his friends get to continue their old school buddy trip, I am headed off for a work trip. Obviously, waking up early is the pits and a day on the beach would have been lovely but, luckily, I love the people I work with and am excited for a week of tackling a big project.

Now, all I need is a coffee the size of my head. I was reminded of why I don’t take 6am flights when I arrived at the airport this morning before the security lines were open and, most certainly, before Starbucks even turned on its lights… Great Groupon today!  A 2 year subscription to Chicago Home and Garden Magazine for $6!  That’s pretty much the cost of one magazine and the cup of coffee I would buy to sip on while reading it.  6 bucks?!  I’m so in.